A Look Back at Our Borough’s Historic Role

Earlier this week, the Daf Yomi world made the siyum on Maseches Eiruvim. This is an opportunity to look back at the historic role Queens played in paving the way for the establishment of eiruvim throughout America and to remember the work of some of the people who made it possible. Read on...

This article about eruvin in Queens is fascinating. As an epilogue, I would add that the Judge Aaron Goldstein mentioned in this article was in Maimonides Hospital in 1999 prior to his passing. A member of the nascent Boro Park Vaad HaEruv happened to be visiting someone at the hospital at the time and struck up a conversation with the neighboring patient. This patient mentioned that he was Judge Aaron Goldstein and that his proudest moment on the bench was when he issued his ruling in favor of eruvin. He added that he was very pleased that his ruling was being employed all over the world.

Additionally, I would like to expound on what the article accepts as a simple matter namely that Rav Moshe Feinstein zt”l allowed the Queens eruv (Kew Gardens Hills). In fact, there has been much spilled ink regarding the difference between Brooklyn where Rav Moshe objected to an eruv and Queens where he allowed one. There has been absolutely no rational reason that has been suggested to date. All the arguments submitted are clearly excuses after the fact.

There are people who attempt to rationalize why Rav Moshe allowed an eruv to be erected in Queens. For example, some allege that Queens was not incorporated into the city as a whole unit but rather as a set of disparate neighborhoods, which is evident by the fact that when one writes a letter he indicates the neighborhood not just the borough, e.g. Kew Garden Hills, Queens as opposed to the other boroughs. Therefore, they argue, the population of Queens is considered divided, and each neighborhood is independent of the other, which is why Rav Moshe allowed an eruv to be erected there. This argument is specious; Rav Moshe never claimed that Kew Gardens was a separate entity, only that it was a small neighborhood in Queens (Igros Moshe, O.C. 4:86 and Addendum to O.C. 4:89). Additionally, Kew Gardens Hills is part of Queens just as Boro Park and Flatbush are part of Brooklyn, as can be seen on any map of the area. Every neighborhood in Queens is built up to the adjoining neighborhood and forms one contiguous borough just as all neighborhoods do in Brooklyn. Why then did Rav Moshe allow an eruv in Queens and oppose one in Brooklyn?

Some even argue that those establishing the Kew Gardens Hills eruv did not apprise Rav Moshe of the pertinent statistics of Queens. First of all, this argument is motzei laz on those people whose only aveira was that they wanted to be mezakeh their neighborhood with an eruv. In any case, if this is so, why is it so difficult for these same people to believe that Rav Moshe was sold a pack of lies regarding Brooklyn (e.g. that the borough contains a population of greater than 3 million, including more than a million people commute into the borough to work, and that both Boro Park and Flatbush contain a population more than shishim ribo, and that Brooklyn is not encompassed by mechitzos)? I guess when the objective is to negate eruvin, we believe all tales, but when the goal is to establish an eruv, we don’t even believe the written word.

See these posts for the underlying reasons why I believe Rav Moshe allowed the Kew Gardens Hills eruv: Part1, Part 2

The New Dibros Moshe on Eruvin

In the new Dibros Moshe on Eruvin, they published for the first time in any of Rav Moshe Feinstein zt”l’s seforim an important letter in the section titled Igros Moshe (page 576; this is one of the only two letters that are new to this volume, and I will write about the other letter shortly). However, this letter has been published previously in HaPardes, 33rd year, vol. 9 (1959; it was also mentioned in Kuntres Tikkun Eruvin Manhattan p. 161, and Divrei Menachem, O.C. vol. 2, siman 4). From the original publication in HaPardes, we see that they omitted a few details in the new Dibros Moshe. To begin with, they omitted that Rav Moshe wrote this letter to Rav Moshe Bunim Pirutinsky zt”l. They also left out the beginning and end of this letter. Furthermore, they left out the name of the rav who established the original Manhattan eruv, Rav Seigel zt”l. There is no doubt that the original letter as published in HaPardes was the full letter as it was circulated at the time of the controversy and was never contested. [In fact, Rav Moshe wrote a similar letter in 1960 (Igros Moshe, O.C. 4:89) to Rav Eli Jung.] It is not plausible that the copy of the letter that Rav Moshe retained was missing these details. I will leave it to the reader to judge if some of or all of these omissions were purposeful or not (pay particular attention to the omitted beginning and end of the letter).

The first letter that follows is from the new Dibros Moshe; the second is the complete letter from the HaPardes. For the reader’s edification, I bolded the discrepancies in the second letter.

Part 9: Rebuttal to the Laws of an Eruv - Hebrew Section 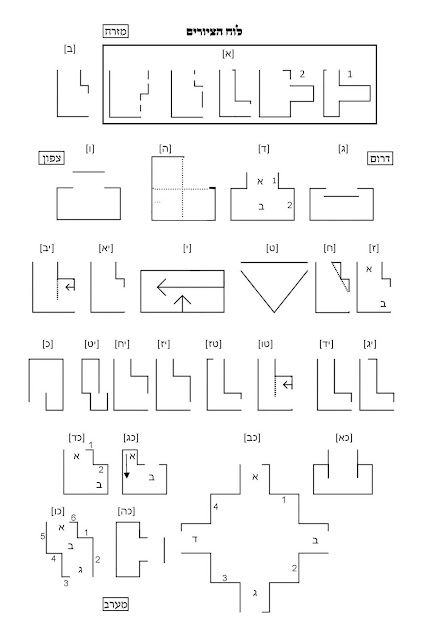 Email ThisBlogThis!Share to TwitterShare to FacebookShare to Pinterest
Labels: Commentary, Mechitzos, Rebuttal to the Laws of an Eruv
Older Posts Home
Subscribe to: Posts (Atom)

A Look Back at Our Borough’s Historic Role Earlier this week, the Daf Yomi world made the  siyum  on  Maseches   Eiruvim.  This is an opport...