After having read part 1 of this post, the significance of my discovery can be more readily understood. Lately
I happened across Rav Yecheskel Grubner’s Kenesses Yecheskel (vol. 1, 2009) where he documents the proceedings of the Detroit eruv. His account validates my understanding of Rav Moshe’s shita regarding distinguishing a neighborhood that contains a population of less than shishim ribo with a tzuras hapesach. 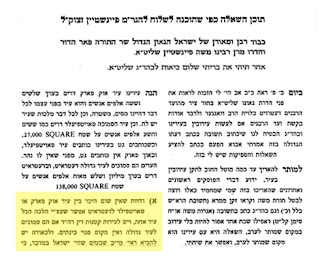 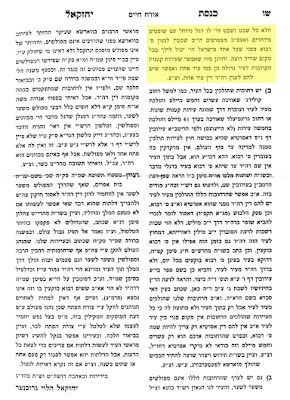 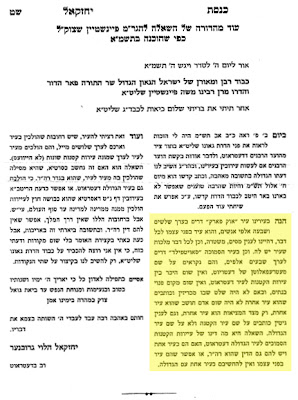 From the above, we see that Rav Moshe was apprised of the fact that the city of Detroit proper is built up and contiguous with these two neighborhoods, and they were not delineated from Detroit proper in any way. Additionally, while Rav Moshe knew that the whole area including the two neighborhoods are part of Metropolitan Detroit, nevertheless, he allowed the establishment of these eruvin. 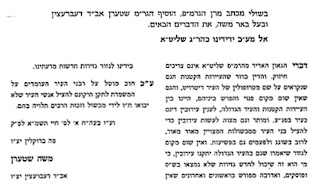 From this teshuvah we see that the Debrecener rav clearly agreed and understood that Rav Moshe’s shita was that one can demarcate a neighborhood from a large contiguous built up city even though it’s under the rubric of a metropolis. Furthermore, the Debrecener rav maintained that not only was it permissible to establish an eruv in these cities, it was even a mitzvah. [This teshuvah confirms the well known fact that the Debrecener rav’s objection to the Brooklyn eruvin was for hashkafic and not halachic reasons. Since there is no difference halachically between Brooklyn and Detroit, the only reason why the Debrecener rav would have objected to a Brooklyn eruv was because of a matter of hashkafah. It is a known fact that those who fought the establishment of the Brooklyn eruvin used all means to negate them. Because the Debrecener rav and the Pupa rav (and others) did not believe that there were any halachic issues, they were told that there were problematic hashkafic issues in these communities which an eruv could exacerbate. There is a corroborating letter from Rav Yaakov Yitzchak Neiman zt”l from Montreal (Agurah B’Ohalecha, vol. 2 siman 56) stating that his rebbe, the Pupa Rav zt”l, only objected to the Brooklyn eruvin on hashkafic grounds which do not pertain to us today. Moreover, the Debrecener rav clearly maintained that Brooklyn is a karmelis (Be’er Moshe, 1:40), which proves that the matter was not halachic.]

In summation, there is no doubt that had Rav Moshe known that the populations of both Boro Park and Flatbush was much less than shishim ribo, he would have allowed a tzuras hapesach to distinguish them from their respective neighborhoods because no one would have mistaken them as a reshus harabbim. Furthermore, those who claim that Rav Moshe’s shitos would negate eruvin in other cities such as London are simply incorrect. If Detroit can establish an eruv because a tzuras hapesach can demarcate a neighborhood therein no doubt Rav Moshe would allow the same for London.


These assumptions are an excuse after the fact. Rav Moshe never said that Queens is not conceptualized as one, only that Kew Garden Hills is a small neighborhood in Queens (ibid., 4:86 and Addendum to O.C. 4:89). Rav Moshe never said that Brooklyn is conceptualized as one, only that Boro Park and Flatbush individually contain shishim ribo, and therefore, an eruv can’t be erected (ibid., 5:28:5 and Addendum to O.C. 4:89). Additionally, Kew Gardens Hills is part of Queens just as Boro Park and Flatbush are part of Brooklyn, as can be seen on any map of the area. Every neighborhood in Queens is built up to the adjoining neighborhood and forms one contiguous borough just as all neighborhoods do in Brooklyn.

In any case, this discussion is beside the point. Rav Moshe declared that both the Boro Park and Flatbush neighborhoods independently contain shishim ribo without including the population of Brooklyn. Evidently, Rav Moshe did consider the neighborhoods in Brooklyn as distinct entities, and nevertheless, he objected to an eruv therein because their populations were greater than shishim ribo (ibid., 5:28:5 and Addendum to O.C. 4:89).

2) Some argue that the above rationalizations (see number 1) of why Rav Moshe allowed an eruv for Kew Garden Hills comes from reputable sources, so why shouldn’t we accept their oral explanations? Furthermore, they claim that those who disagree with these oral explanations of why Rav Moshe allowed an eruv in a neighborhood in Queens are undermining his teshuvos because this is the only reason why he could have allowed an eruv there as opposed to Brooklyn. Consequently, they are denigrating Rav Moshe’s kavod by undermining his position.

I reiterate, these arguments are excuses post facto. Rav Moshe clearly set forth his chiddushim in eruvin in his teshuvos. To argue that we should accept what someone claims Rav Moshe verbally expressed when it contradicts what he had clearly written is dangerous to advocate. If so, maybe Rav Moshe verbally discounted all of his teshuvos and none of them are reliable, chas v’shalom (see also Noda B’Yehudah, Tinyana, Y.D. 29-30).

Moreover, all these purported, “oral explanations,” differentiating between Brooklyn and Queens were clearly fabricated in order to justify why Rav Moshe allowed an eruv in Queens but not in Brooklyn. However, those people generating these fictitious accounts did not fully study all the pertinent teshuvos in Igros Moshe and didn’t realize that their excuses contradict his written words. In essence, these people are arguing that we should believe that Rav Moshe did not know his own shitos in eruvin. I would rather believe that these claims were created after the fact by people who do not know Rav Moshe’s shitos. In any case, there is no need to rely on hearsay since Rav Moshe indicated in his teshuvos why he allowed an eruv in a neighborhood in Queens — because he allowed the neighborhood to be delineated with a tzuras hapesach.

It’s fascinating that those promoting these contradictory statements as an excuse for an eruv in Queens have the temerity to claim that those promoting an eruv in Brooklyn are denigrating Rav Moshe’s kovod. In fact, they are making Rav Moshe look as if he did not know his own teshuvos. Clearly, they are the ones who are denigrating Rav Moshe’s kavod. Don’t they see the irony in the situation? In their campaign to argue against Brooklyn eruvin, they are quick to make claims in Rav Moshe’s name even if they contradict his teshuvos. Contrast that with the rabbanim supporting the eruv who spent a considerable amount of time studying Rav Moshe’s teshuvos and investigating the mechitzos in order to satisfy Rav Moshe’s shitos in eruvin. So who is more respectful of Rav Moshe’s kavod — the proponents of eruvin who study every word he wrote or those objecting to eruvin whose arguments contradict his teshuvos?

3) There are those who tried to argue that Rav Moshe mentioned in this teshuvah the highways in Queens because he was making use of the mechitzos that bounded them.

4) Some try to debase my above clarification of Rav Moshe’s shitos claiming that it’s not possible that Rav Moshe allowed a tzuras hapesach to demarcate an area containing less than shishim ribo in Kew Garden Hills because a reshus harabbim cannot be delineated with a tzuras hapesach.

They are mistaken. Rav Moshe is not the only one to maintain as such. There are Rishonim and Achronim who posit that a tzuras hapesach can demarcate an area containing less than shishim ribo (see Tosfos Rid, Eruvin 22a; Or Zarua, Eruvin 22a; Rav Yonasan Stief zt”l in Mahari Stief, siman 68; Rav Chaim Michoel Dov Weissmandel zt”l in Toras Chemed, p. 93, and Rav Elya Meir Bloch zt”l in Kol Tzvi number 7).

5) It’s important to note that, in the end, Rav Moshe objected to a Brooklyn eruv not because of his gezeirah but because he was led to believe that while Brooklyn’s population is actually somewhat less than three million there were over a million people who came into Brooklyn to work and visit (see the teshuvah below). Thus, the total population of Brooklyn would be much greater than three million, and the prohibition to establish one is no longer a matter of a gezeirah, but of a d’Oraysa.

However, this is obviously incorrect. The number of people who actually commute into the borough to work is approximately 235,000 people (NYC Department of City Planning, Table CTPP P-6, 2003); thus, the total falls far short of the required three million. Had Rav Moshe known these facts, he would concur that Brooklyn does not have the status of a reshus harabbim of shishim ribo.


6) Finally, it’s important to note that Rav Moshe’s gezeirah was not thought of as a reason in and of itself to negate eruvin. Both Brooklyn and Chicago have a population of approximately 2.5 million people over a twelve mil by twelve mil area. Despite this number of people, Rav Dovid Feinstein shlita agreed that, according to his father, an eruv could be established in Chicago (West Rogers Park Eruv, 1993 p. 23). This gezeirah was not considered a serious enough issue to impede the construction of an eruv in Chicago and should not interfere with an eruv in Brooklyn either.
at July 06, 2011